For that to all be true I must be the Choo without a name, an ethereal blight on the FangMother brought about by the GodMothers own weird imagination.

Oh and she is getting slow, could have tweeaked far more out of calling me RvW, that's something else for Ms KIA & SIA to be concerned about

Well I just crawled out of my coffin, time to go prowling...I was right about Choo, he IS a Fangman. I came across his coffin (it looks like an outhouse)

Choo, how do ya sleep in that old rickety thing?

handlepMember
Hey everyone, sorry I've not been in to say hello for a while - as well as being busy with work as I said before, Sally has been quite unwell, so I've been somewhat distracted. She had to have an operation and I am just about to head off to the hospital to hopefully bring her home (Yay!!

So, sorry, I have not been ignoring all my chums, honest!

Sorry to hear about Sally, it seems like we've all had something unpleasant happen to us...

quote:
There's not many of us left anymore..

Hi Pete, and Ms M (since you've been away AKA The GodMother, FangMother and some too unsuitable to repeat names) ain't been all here for a long while

In your coffin already???????
I was at work...gotta work as much as possible before we close up

choochooguyMember
Way ahead of you Fang' must be ESP we were seriously looking at moving to mainland Europe yesterday evening, spooky !

quote:
gotta work as much as possible before we close up

-- Looks like it's suffering from a bit of neglect!!

Anyway --
Just got back from a wonderful time at the beach!

While I was there I was surprised to run across someone who looked a lot like somebody I've seen here. (At least I thought he looked a little familiar.)

Didn't feel much like striking up a conversation with this character.... but I grabbed a quick snapshot anyway.

Does anyone recognize this guy? -- Seemed to me like he was trying to pick up chicks.

quote:
Looks like it's suffering from a bit of neglect!!

Hmm, and you really think your holiday snap will help, oh dear

quote:
Looks like it's suffering from a bit of neglect!!

Hi guys...our poor thread is suffering from ALOT of neglect

The beach huh?? I am SO jealous..I can't wait to go for a swim. Since I haven't picked on Choo for awhile, I'll have to bring him with me (yeah, I know you don't like the water hee hee)

-- Zeb where did you find that picture of Choo??? He looks MUCH better than the last time I saw him, although look what being in the sunlight has done to him

Poor Choo..better off staying in your little wooden box

(Can you tell I've missed picking on you??)

quote:
Hmm, and you really think your holiday snap will help, oh dear

Ok then! -- a little more focus to put upon the task .... maybe there's an opening to a new (meaning fresh) approach here ~~ and thus a potential for psychic morphing.

the trick (as I see it) is to cast off the stodgy subliminal imprints... that is, the squelching reservations which bind and tether us just inside the 'out-of-bounds' marker of outrageous behavior. Ya know Choo?.... as far as we really know.. none of us really get any more than just a one-shot at this living merry-go-round anyway. So what should we decide is truly important?.. I mean really?

~~ anybody else here interested in Remote Viewing ?? -- Ok..then how about Casteneda's Nagual?


C'mon Ninth... I'm calling your hand! Check out Cecil Balmond. His best work (in my opinion) is his "Search for the Sigma Code" (right up your alley). Because I'm something of a DaVinci disciple (engineer, ergo amateur mathematician) I can recommend it as the 'sacred-covenant' of mystical understanding thru numbers. Out of print of course. But if it blows your skirt up...I can send you a copy cuz it's a bit rare and pricey now. Grokking the fixed point in the wind is a true revelation. Also quite handy stuff when applied to any local casino (for those with any inclination).

For any interest in the cross-domains of contemporary physics and green-energy science, Dr. Harold Aspden is the man with the key insights on tomorrow's energy technology future. (He's from your neighborhood Choo). Congress can chide the petroleum tzars all they want..but the concepts underlying nuclear fusion will evolve.. and eventually emerge as the naturally intelligent energy imperative. Here's a hint.. Proton's are currently all the rage, but only because so few are paying close attention to the neutron.

quote:
Poor Choo..better off staying in your little wooden box

Too true, I reckon FangMother with her trusty (or is it rusty) Zebra are the additional Horse and Horsewoman of the apocalypse

quote:
Horse and Horsewoman of the apocalypse

If you think that was harsh, how about :-

quote:
was that an echo??

Only an internal cranial echo

Now ya got me so mad look what ya did to my hair..it's standin on end...where'd I put that baseball bat???

Am I gorgeous or what!!

choochooguyMember
Cor, just imagine what it looks like on a bad hair day . . .

Think I'd better arm myself with a hedge trimmer for fending off the hair woman (?) of the apocalypse

(But we already KNEW that)

C'mon, admit it...that is a gorgeous picture of me..Any guy in his right mind would LOVE to meet me (only not in a dark alley)

I thought I had a really handsome picture of YOU somewhere, I'll have to go find it...

quote:
Any guy in his right mind would LOVE to meet me

H'mmm possible replies to this :-

1) You're typing is terrible, let me correct it :-
"Any guy in his right out of his mind would LOVE to meet me"

2) In practice any man when confronted by "C'mon, admit it...that is a gorgeous picture of me" has to nod, smile and inch away slowly and go tee-total before he chats up another woman/transvestite who looks like that.

Not sure which is the better, and wouldn't a dark alley be preferable

You are SO funny...I'm off to work now but you know I'm gonna GET you for this when I get back

choochooguyMember
Never mind it will take your mind off the frustration and thirst of having to remove blood with needles rather than with your fangs, chuckle

My lieutenants are just dying to meet you....you remember them, right???

choochooguyMember
Errrm, why did you flatten your face against your scanner in an an attempt to impress me ?

quote:
My lieutenants are just dying to meet you....

All I know is they want to meet you, and I wouldn't disappoint them...remember what they did to Taz's car?

choochooguyMember
Won't matter when they have been processed, will 9 out 10 cats be able to tell the difference ?
5/1/082:07 AM
❤️ 0
member8880Member
Uh-oh...they saw that response, now you're REALLY in trouble. I thought they were mean-tempered after Taz kicked them out of his bar but you should see them now ...

quote:
I thought they were mean-tempered after Taz kicked them out of his bar but you should see them now ... Eek

Good, the worse their temper the more it clouds their judgement and reactions, they are cat food, just ordering the tins and getting the labels printed now.

I interrupt the lunacy for a commercial break :-

Sales on the UK site Specialist Auctions are better than I had in a greedbay store which does not say much. I really do not believe these other sites are going to mop up, there is very little evidence in the media here (UK) advertising their presence. Basically it looks to me they are going to miss out on a golden opportunity to expand. The Powersellers Unite website listing charts should be worth watching during the next few months

So I do not envisage doing much with other sites yet as they appear worse, I think I will spend some time trying to blog and traffic drive to the UK site I am with and drop certain sales from greedbay altogether for a few months and see what happens.

I have been busy selling off my more collectible wares on greedbay to minimise potential feedback problems due to e-yobs and e-vandals which is likely to start shortly. Some buyers seem to be getting tardy in paying already.

I am continuing to finish up my selling which tends to be autumn to spring seasonal then having a break which means having a little more time to play here as well.

Any joy for you with alternative sites ?

Normal lunacy will be resumed - shortly !!


edit - P.S. look forward to Auctiva's e-commerce store later this year as a serious alternative to greedbay. They have a least a higher profile than most in my view due to their greedbay services.
5/1/0812:18 PM
❤️ 0
member8880Member
No, no joy for me either on alternative sites...waste of time really. I had listings on iOffer and Bidville forever with very little interest (I actually forgot about them). So I ended them, moved them to Ebay and WAM...sold for way more than I expected within a week. Sigh* I guess Ebay is the only place for me (other than my coffin)

My heavy selling season is March thru August, then again November thru January, and I'm doing pretty well but dayum those invoiced are high! I think we'll all be MUCH happier when the Auctiva free standing stores are available.

Ok, back to our regularly scheduled

(I sure wish this button worked

choochooguyMember
So that is what is left when you go to bed, some just put their teeth in a glass ... and I now understand why you think the previous picture of youself is gorgeous, relatively speaking I have to agree with you

choochooguyMember
Well you'll just have to use a couple of flower vases for them . . .

choochooguyMember
Don't you carry a spare pair in your 'fangd bag'

tazfrompaMember
OK Miss M I leave for a week and you try to bring the Cuban national immigrants back? And threatening poor Choo! For shame Miss M I do believe you may have been hijacked by Igor? 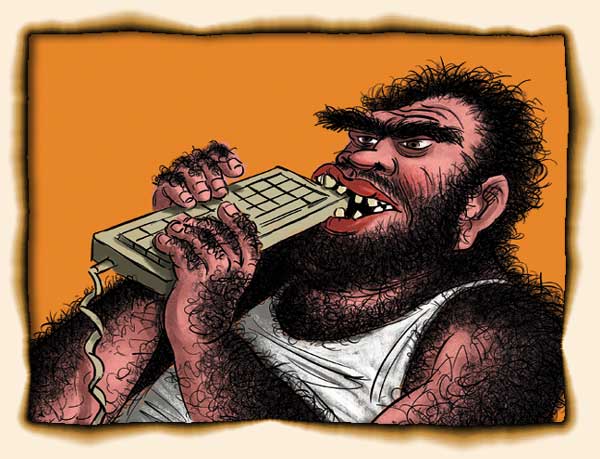 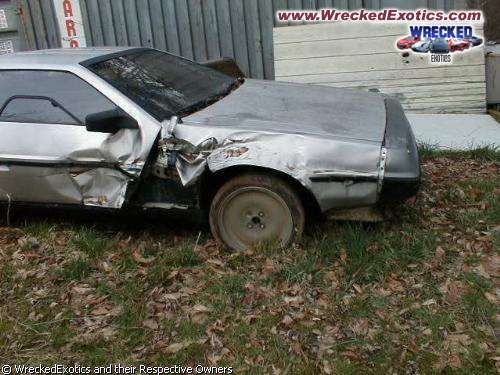 Well I must say I have to put my foot down firmly for this one! 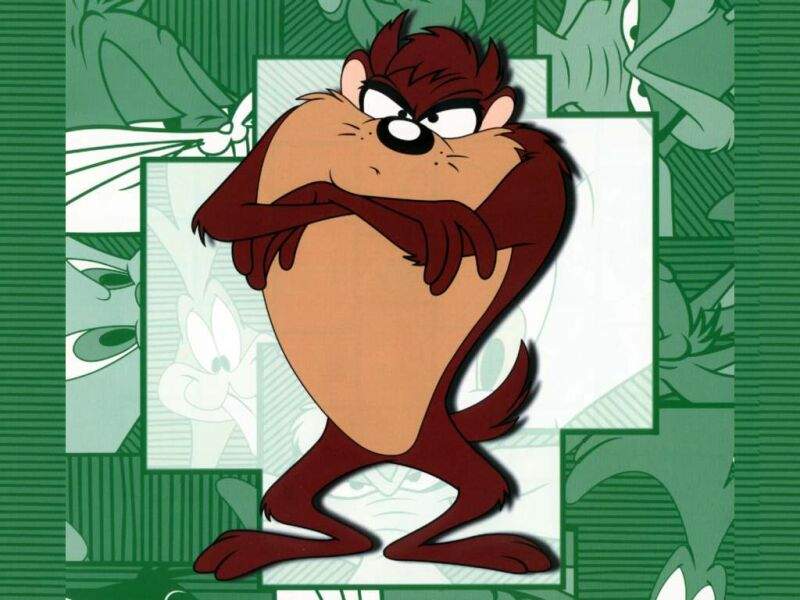 URM! Excuse me whilst I put my footwear on! 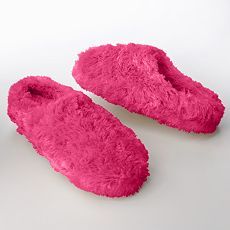 Welcome back stranger, I trust all went well with the benefit

Geez where ya been

How's everything goin? You've left me all alone with Choo which is too scary for me

So how did the benefit go? Tell us all about it. Hey, I don't think I see steel toes in those slippers Mister!

I have no choice but to pick on him (you don't mind tho, do ya Choo)

skeddadled = funny word
Yep I skeddadled for awhile but you know I always come back...whether ya want me to or not